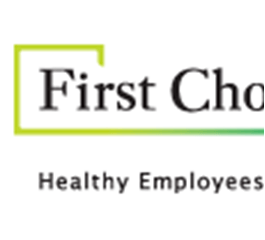 As readers of this site know, we’re following the Medicaid Healthy Options RFP closely.  One of the more interesting subtleties to come out in the last few days is the rumor that some plans will be using the First Choice provider network for the Medicaid network.

First Choice is a network of providers organized together to serve commercial payers.  They are often leveraged for self-insured payers, through third party administrators (TPAs) or “administrative services only” (ASO) arrangements with smaller health plans.

If an insurance company wants to enter the market, First Choice has a turn-key provider network in place to access.  By all accounts of which I am aware, they are a class act organization.

But, that network exists only for commercially insured patients.  In other words, the contracts in place between First Choice and the providers are for commercial rates for patients typically with employer-based coverage.

What we’re hearing, though, from multiple sources – none confirmed to us directly, however – is that at least one of the new Medicaid plans entering the Washington State market has done so with a “letter of intent” to contract with First Choice for Medicaid patients.

Assuming that’s the case (admittedly a big assumption since, again, I’ve not confirmed it myself) it leads me to think two things.

2.  If a plan has made this arrangement, I can see only two rational reasons why:

A.  They didn’t know First Choice was not a Medicaid plan

If the first point is generally the case, that they are moving to a Medicaid network but have (at least) a mixed level of engagement with physicians (if any at all), then I would think that given the short timeline the HCA has for procurement, that the provider disruption that will likely result when First Choice tries to amend it’s provider contracts will get some blowback.  How much – we’ll have to see.

If the second point is the case, either sub-point gives me pause.  It tells me either that at least one new plan has not done all of its homework on the Washington State market, or that this is an incredibly audacious attempt to enter the market (paying commercial rates for Medicaid patients).

I’ve been hearing about this rumor for about a week, watching to see what will come out.  We’ll see what happens as the contracting with providers, under way now, continues.  The tentative deadline from the HCA to execute contracts is the end of this month.