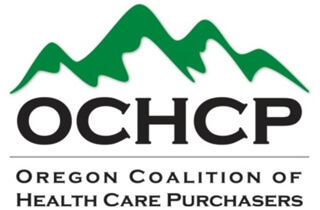 Last month was our first Oregon issue of 5 Things, and we couldn’t be happier with the reception.

We sent the first newsletter to about 7,200 emails in Oregon.  Altogether, it was opened a total of almost 6,000 times!  That’s a lot, and moving in the direction of our efforts in Washington and Alaska where we’ve fostered this multi-media conversation for years.

So, thank you.  Now, here are 5 Things We Are Watching this month.

1. CCOs get a progress report

OHA’s first progress report on CCOs was released recently to quite a bit of buzz.  It was a particularly noteworthy topic at our Convening Panel meeting as we developed our fall agenda.  The data was baseline data from 2011 – or “from CCO predecessor organizations.”

So, while the data itself isn’t such a big deal this time around, the actual collecting and reporting of the data is a huge deal for two reasons:  1) If it doesn’t get measured, it doesn’t get done.  2) This is more infrastructure to support the ongoing and future success of CCOs.

Keep your eye on these reports moving forward.

2. Cover Oregon sets the standard – in naming too

Attention is increasingly focusing on this fall’s exchange activity.  This last month, President Obama began a campaign to highlight successes in states leading the way, specifically citing Oregon as a national model.

We’re watching how exchanges, health plans and consumers – as well as policy makers – are talking about and framing the benefits and services which come this fall.  It’s a challenge, for a lot of reasons, to talk about exchange activity in clear, understandable ways – to insiders and consumers, as well.

But Oregon’s chosen frame of “Cover Oregon” is getting picked up nationwide.  We’ve liked it for a while.  So, too, do states like California and Washington as well as national groups.

3. “We’re going to ask for forgiveness”

Rocky King gave a watershed presentation at an OCHCP event recently.  It was perhaps the most important presentation on exchanges of any I have heard across the seven states and Washington DC in which we work since 2009.

Why?  It was honest – by someone with the credibility to know the reality of exchanges today.

You have to listen to the four minutes starting at 1:08.20.  I think it is the best four minutes on exchanges since the beginning of the ACA discussions.

If you want to see a health care leader or policy maker shake their head, you might mention the events going on in Salem.  The discussions, lawsuits, and negotiations around the Salem CCO has repercussions well beyond that community.

With legislators moved to respond with a bill, it demonstrates yet another example of how closely policy makers are watching CCO implementation.  The political importance of getting CCOs right goes well beyond Salem – and even Oregon.  Health care industry leaders should not discount the political will in place to make sure reform – at all levels – is a success.

5. Interview with OR Coalition for Health Care Purchasers

Oregon has a long history of organizations trying to foster a broader conversation about health care in the state, going back even before the days of the Oregon Health Forum.

One of those groups active today is the Oregon Coalition of Health Care Purchasers led by their Executive Director Daniel Mitten.  He’s relatively new to the post, so we decided we’d sit down with him and have a conversation.  Have a read.