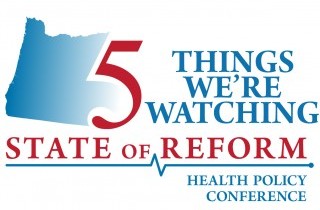 This is an important week for the exchange with decisions from the OIC on applicant plans and rates starting to come in. But the news is mixed.

No statewide plans on the SHOP. The largest Medicaid plan gets denied participation. But success is taking shape in Oregon – maybe?

Lots going on – but here are 5 Things We’re Watching.

1. No statewide plans enroll on the SHOP exchange

Yesterday, the Exchange board voted unanimously to move forward with a small group exchange – known as the SHOP – with only one plan which is participating in a few southwest Washington counties.

While the SHOP was always expected to have a small number of plan participants, it’s still somewhat shocking that there isn’t one plan of statewide significance participating.

2. So, what happened to Regence and CHPW?

We had noted previously that we expected – based on their submissions of letters of intent to participate – that Regence and CHPW would participate on the small group exchange.  Not so.

So, we thought we’d ask them – what changed your mind?  Jared Short, President of Regence Holding Corporation, and Julie Keefe, CHPW’s Director of Exchange Strategy and Implementation, were both gracious enough to answer some questions for us.

3. Molina is the first plan to be rejected from Exchange

May 1st was the deadline for insurance companies to file to be on the exchange this fall.  The OIC has 90 days to review the rates and applications in advance of the Oct 1st exchange open enrollment period.

It took them less than two weeks to decline their first application:  Molina, the state’s largest Medicaid plan.  We provide our observations from the 64 page document here.  You can search and track all of the filings here.

4. It’s worth noting that the Exchange is working…

There was national news this last week as the Oregon Exchange, Cover Oregon, released their rates – and two plans responded by lowering their rates even further in response to the market information.

Knowing prices – and being able to respond to them – is a central element of a well functioning market.   It’s an element that is working in Oregon.  We’ll see if similar downward rate pressure happens now that rates are out in Washington.

Medicaid in Oregon is making more news – beyond the direct CCO conversation – in ways that could have implications for delivery reform efforts here.

First, Senate Bill 724, known by some as the “Air Conditioner Bill,” allows Medicaid to start paying for things that improve health – but which aren’t found in a traditional CPT code – like air conditioners.  It could – stressing could here – create a shift in the way Medicaid pays for health, rather than health care, in pretty profound ways.

Second, the implications of the Oregon Medicaid lottery study are still being discussed, but they seem powerful on the topic of mental health:  a 30% drop in depression rates just by providing insurance coverage via Medicaid.  It seems to reinforce the central importance of getting people comprehensive coverage for and access to care.