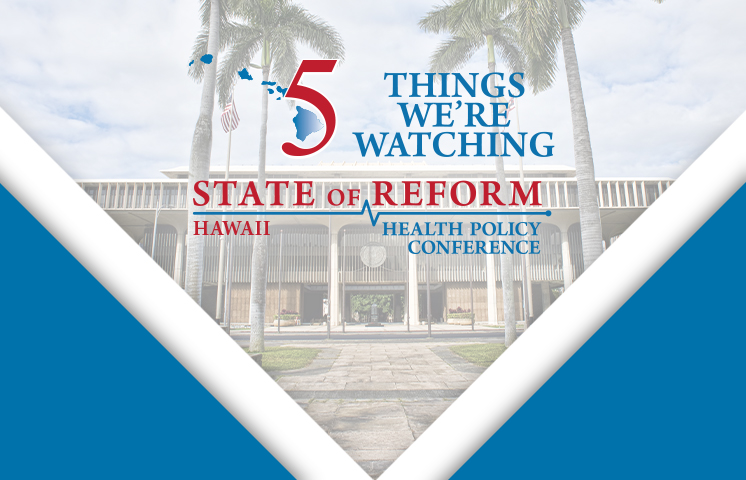 In this month’s edition of “5 Things We’re Watching,” we feature comments from state leaders on the impact of extended postpartum coverage, a study examining PCR testing profits, and the latest news on the state’s nursing workforce shortage.

During the 2022 legislative session, lawmakers included funding in the budget to extend Medicaid postpartum coverage to 12 months. State of Reform Reporter Nicole Pasia caught up with 3 state leaders for a conversation about what the extended coverage will mean for the future of maternal health in Hawaii.

Rep. Sylvia Luke, Chair of the House Finance Committee and a strong advocate of the expansion, says extending coverage from 2 to 12 months will decrease mortality rates and provide needed support for new mothers. Dr. Reni Soon, Chair of the American College of Obstetricians and Gynecologists’ Hawaii Section, adds that half of maternal deaths occur after 42 days postpartum. “If we’re really going to be serious about prioritizing maternal health, we can’t just go about thinking that the effects of pregnancy and pregnancy related conditions end at 42 days,” she says.

Independent labs in Hawaii saw millions in increased revenue from providing PCR testing during the COVID pandemic, according to a recent UHERO study that examined revenue reports from 21 different independent laboratories. Before the pandemic, these labs brought in an average of $19-22 million in monthly revenue. After PCR COVID tests became available in 2020, revenue increased to $28-$36 million, with the highest increase seen from May 2020-December 2020.

The study utilized the Medicare reimbursement rate of $51.33 per test in its estimates, but also states that the actual cost per test incurred by the labs is “likely less” than this rate. The study estimates profits to be at least $10 per PCR test, but says the actual amount could be much higher. Dr. Tim Halliday, one of the study’s authors, says the study provides an opportunity to pose larger questions about how ambiguity in the US health financing model can impact individuals.

Hawaii hospitals are working with the Attorney General and Department of Commerce and Consumer Affairs to implement emergency rules to address the workforce shortage. If put in place, the rules would last 120 days and allow nurses licensed in other states to come and work in Hawaii for up to 90 days without applying for an in-state license. The rules would offer a similar flexibility to the emergency proclamation that ended in March 2022.

The rules, according to Healthcare Association of Hawaii President and CEO Hilton Raethel, are a more immediate workforce solution while longer-term solutions are in the works. Raethel says longer-term efforts include increasing faculty for nursing education programs and working with the Hawaii State Center for Nursing to implement nursing residency programs.

Hawaiʻi Health Systems Corporation (HHSC) and the Hawaiʻi Medical Services Association (HMSA) reached an agreement for a new 3-year contract on July 31st, where HHSC will provide health care services for HMSA members. According to a release during the contract negotiation period, HHSC President and CEO Linda Rosen said the payments HHSC hospitals receive from HMSA are “far less than the national average and less than our private counterparts here in Hawaii.”

Congress and CMS have struggled for decades to establish a stable and affordable system of determining annual updates for physician fees. That’s the subject of State of Reform Columnist Jim Capretta’s latest piece, which dives into the history of the issue and discusses the opposition that is now building in the physician community to CMS’s proposed payment adjustments for 2023.

Capretta says recent updates to physician fees have resulted in real reductions in payments. But he also notes that permanently undoing these real reductions would increase long-term Medicare spending and drive up premiums for beneficiaries. He writes: “Given the many challenges involved, the most likely path forward is the one that Congress has been on for some time: annual ad hoc adjustments to address immediate pressures without any clear plan for finding, much less implementing, a more enduring solution.”