The legislature finalized their version of the FY22-23 budget last week. In the remaining days of June, legislative leaders will meet with Gov. Newsom’s office to hash out remaining disagreements. The governor is required to sign a finalized version before the end of the month, but state leaders are likely to continue putting finishing touches on the budget in August.

In this newsletter, we have a summary of two pieces of legislation we’re watching, an op-ed from Inland Empire Health Plan CEO Jarred McNaughton about the critical role HIEs should play in population health management, and a housing advocacy organization’s claim that their work is a testament to the benefit of housing-related Community Supports.

After attempts to lower the cost of insulin fell short in previous sessions, a bill to restrict patient cost-sharing requirements for insulin is positioned to reach Gov. Newsom’s desk this year. Under Sen. Bates’s bill, cost sharing for insulin prescriptions would be limited to a maximum $35 per month copay. CAHP is opposed to the bill, saying it favors diabetes patients over other patients while failing to address the “root cause” of the issue of high-cost drugs and raising premiums for all enrollees. The bill unanimously passed the Senate floor and the Assembly Health Committee.

Another on-the-move bill sponsored by Sen. Atkins will expand the number of providers who can perform abortions in the state by allowing registered nurses to provide first trimester aspiration abortions without physician supervision. Supporters say many NPs are more-than-qualified to provide these abortions and will provide needed support as the state prepares for an influx of out-of-state abortion patients. Opponents argue the state is approaching it the wrong way by repealing recently implemented training requirements for NPs to practice individually. The bill passed the Senate floor 30-9 and the Assembly Business and Professions Committee 14-3.

Relying solely on claims data collected by DHCS and Medi-Cal Managed Care Plans is insufficient for effectively implementing the state’s Population Health Management Strategy, according to Inland Empire Health Plan CEO Jarrod McNaughton. In a recent op-ed for State of Reform, McNaughton wrote that health information exchanges must be a part of the solution, as they provide much-needed clinical data about the state’s most vulnerable, who often aren’t included in claims data.

McNaughton noted that claims data is only payment-related, and that claims don’t fully capture the under-utilization of preventive services. “We urge DHCS to hear community leaders like myself and include clinical data supplied by HIEs in its population health plan,” McNaughton wrote. “And as final budget negotiations take shape, we advocate for the Governor and Legislature to adopt our funding proposal for HIE data sharing and infrastructure. Without action on both fronts, these programs cannot succeed in the state’s bold mission toward health justice and equity.”

Rafael Gonzalez-Amezcua, Chief Medical Officer for Aetna Better Health of California, is focused on addressing “the mismatch of expenditures versus outcomes” in the health care system. As an internist who treats patients with chronic diseases, he also wants to increase preventive care in California, as he has seen many patients with chronic conditions who didn’t seek care because they didn’t have any symptoms, who later ended up in urgent care for their condition.

“One of the things I’ve noticed is that people with chronic conditions may not have any symptoms, and therefore may not seek care because they feel well,” he said. “Or, if they have a mild symptom, there’s barriers—they cannot get to their doctor, the next appointment is not for 3 months, and maybe their doctor did not recognize the issue—until the problem presents itself, which could be a heart attack, it could be an exacerbation of asthma, or chronic pulmonary disease like COPD, and then now we’re talking about a hospitalization, often in the ICU.” 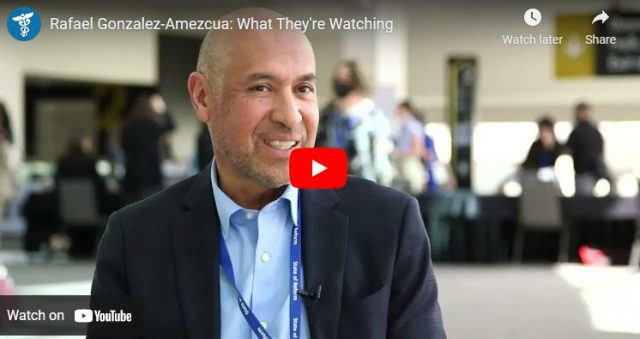 The Illumination Foundation, a nonprofit that provides health care and housing services for homeless Californians, says its work providing these social services is proof that CalAIM’s Community Supports will benefit the state’s health care system. The optional Community Supports include Housing Transition Navigation and Housing Deposits—the type of work IF has been conducting since 2008.

At a recent DHCS webinar, Pooja Bhalla, IF’s Executive Director of Health Care Services, said IF interventions have yielded a 22.2% decline in emergency room visits and a 26.3% decline in hospitalizations among the homeless population it serves. In one of the counties it serves, Bhalla also said IF saw a 30.7% decline in the cost of care for its homeless population. “Addressing the social determinants of health is not only the right thing to do, but is actually saving thousands of dollars to the system,” Bhalla said.

CalOptima recently implemented a first-of-its-kind position to focus primarily on the provision of CalAIM and Community Supports. CalOptima’s newly named Executive Director of Medi-Cal/CalAIM, Kelly Bruno-Nelson, says unique CalAIM-focused positions like this can ensure plans like CalOptima are in line with CalAIM’s goals and implement Community Supports based off of members’ needs.

CalOptima is implementing all 14 Community Supports, and Bruno-Nelson plans to engage Community Supports Liaisons to help CalOptima’s providers connect with members in need of certain services. “It’s quite literally engaging the [Community Supports providers] in those discussions, and then trying to develop services within each of those parameters that are more reflective of the needs of our members … It’s just taking a program that could be implemented in a meat and potatoes way, and really just trying to expand our thinking, and the best way to do that is to engage the community based organizations that are providing the services.”