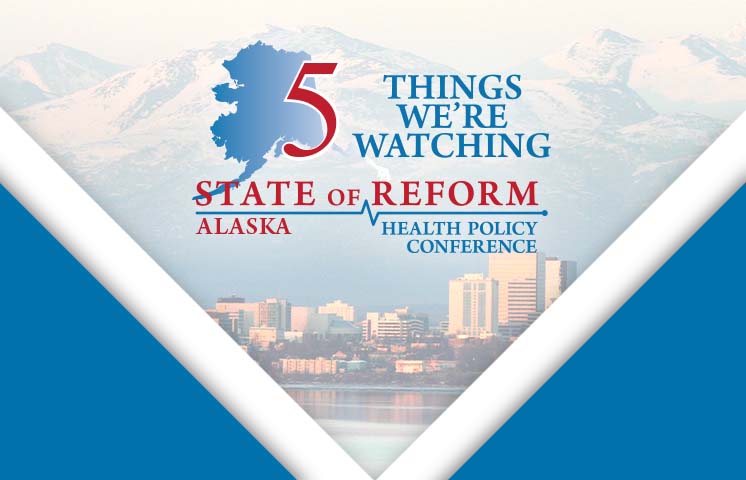 Though our conference is still three months away, we’re excited to announce that we’ve already begun planning for the 2022 Alaska State of Reform Health Policy Conference! After going virtual for the last two years, we’re looking forward to hosting this event in person on October 6th at the Dena’ina Civic and Convention Center. You’ll find more details on the event below!

In a conversation with State of Reform, von Imhof discusses the opportunities for collaboration that she has witnessed in both her personal life and in her role on the Seattle Children’s Foundation Board of Trustees. “I think it’s very beneficial to have a symbiotic relationship with these WWAMI states,” von Imhof said. “I think it’s a positive thing. There should not be turf wars, there should not be elbowing people out of the way. There should be collaboration and cooperation. And with the doctors I’m working with, there is.”

We’re excited to announce that we’ve opened up Early Bird registration for the 2022 Alaska State of Reform Health Policy Conference! Through this conference, we aim to break down the silos of health care and to bridge the gap between health care and health policy. We do this by curating multi-perspective conversations on some of the most timely and pressing topics facing Alaska’s health system.

Our Convening Panel, which includes some of the state’s most thoughtful health care and health policy leaders, will meet next week to discuss the items that will form our Topical Agenda. Ahead of that meeting, we’d love to hear your thoughts on the topics, speakers, or content ideas that you’d like to see at the event. And, if you already know that you want to join us on October 6th, be sure to take advantage of the discounted Early Bird price and register today!

Following the Supreme Court’s decision last week to overturn Roe v. Wade, state leaders were quick to announce their support and disdain for the decision. Unlike some states that had “trigger laws” in place, abortion care won’t immediately be impacted in Alaska following the decision. Abortion rights activists, however, are gearing up to push back against efforts to limit abortion access in the state.

Anti-abortion policies were introduced this past legislative session and there has been talk of a constitutional convention to propose changes to the state constitution concerning abortion. Gov. Mike Dunleavy announced on Friday he would introduce “a resolution for a proposed constitutional amendment to the legislature in the next session to answer the question whether abortion shall, or not be a constitutionally protected right.”

Graduates from the University of Alaska Anchorage’s Doctor of Pharmacy Program have been instrumental in helping the state address its pharmaceutical workforce shortage, says Dr. Tom Wadsworth, Assistant Dean of the UAA-Idaho State University pharmacy education collaboration. The program, which is Alaska’s only in-person doctor of pharmacy program, began admitting students in 2016 and has seen three classes graduate since 2020.

One benefit of having the in-person program, Wadsworth says, is that many students choose to remain in Alaska after graduation. “They have contributed to changing the health care workforce because they create stability,” Wadsworth said. “You hire a pharmacist from the Lower 48 and they come for a few years then leave. You couldn’t develop quality improvement because you had high turnover. We have students working in [Alaska’s] frontier areas and they will create stability and consistency there.”

DHSS announced this month that it was launching Project Gabe—a new initiative that aims to provide education on the risks of opioids and SUD, while also increasing naloxone and fentanyl strip accessibility. The program is first being implemented within Southeast Alaska fisheries and over time will expand to other geographies and industries.

Project Gabe is one of several programs underway in Alaska that seek to improve the state’s behavioral health and crisis care system. During a teleconference hosted by Comagine Health and DHSS, state leaders discussed the role of peer support specialists and universal screenings, and provided an update on the 988 suicide prevention hotline and the Crisis Now framework.