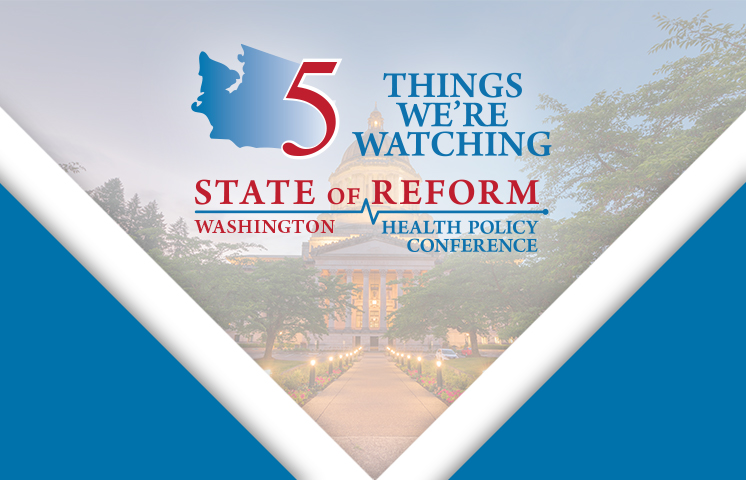 In this edition of “5 Things We’re Watching,” we take a look at health-related initiatives filed with the Secretary of State’s office, new updates on federal health policy that could impact Washington State, and $47 million in grant funding that aims to increase behavioral health service capacity.

During a visit to Washington State last month, Congresswoman Kim Schrier joined President Joe Biden and other state leaders in urging Congress to pass the Affordable Insulin Now Act, which would cap the cost of insulin at $35 per month. In this Q&A with State of Reform, Schrier discusses the act along with other federal efforts to lower prescription drug costs.

Schrier, who was diagnosed with Type I diabetes 37 years ago, says extra rapid-acting insulins have jumped from $40 per bottle about 20 years ago to over $300 per bottle today. “We already know that one in four Americans who take insulin ration their insulin because they need to make it last until their next paycheck. And that is a dangerous game, by the way—to take enough to keep you out of the hospital, but not enough to keep you healthy. That can be a deadly balancing act,” she said.

The Secretary of State’s office has recently seen a flurry of filed initiatives, several of which relate to health. One initiative, I-1886, would authorize and regulate the manufacture, sale, and use of psilocybin in Washington State. Seattle therapist Leonora Russell, who sponsored the initiative, believes the use of psilocybin products could help individuals with mental health or chemical dependence issues.

Grassroots organization Whole Washington recently filed I-1471, which would “establish a single nonprofit health financing entity called the Washington health trust to provide essential health benefits.” The group filed a similar initiative last year, but the campaign was suspended due to COVID. Another recently filed initiative, I-1922, would decriminalize the possession of controlled substances and fund substance use disorder prevention and outreach.

Following reporting last week that indicated the U.S. Supreme Court plans to overturn Roe v. Wade, some state and local leaders were quick to condemn the decision and affirm that care will continue to be available in Washington. Prior to the draft leak, Washington providers had indicated they were preparing for an influx of patients from other states that recently passed abortion restrictions.

If the decision is overturned, 26 states are certain or likely to ban abortion, according to the Guttmacher Institute. Washington is one of at least 16 states that have enacted laws that would keep abortions legal even if Roe is overturned. And this year, the governor signed legislation expanding the providers who are authorized to perform abortions and prohibiting legal action against those seeking abortions or those who assist them.

The grant money is expected to create more than 300 new beds and expand outpatient capacity in nine counties across the state. Commerce Project Manager Matt Mazur-Hart says the next round of grant funding, which he expects to total close to $50 million, will focus on supporting crisis stabilization facilities.

The most recent consumer price index revealed an 8.5% annual rate of inflation between March 2021 to March 2022. “If such rapid price escalation persists for an extended period, it will have broad implications for many federal programs, including Medicare,” says State of Reform Columnist Jim Capretta in his latest column.