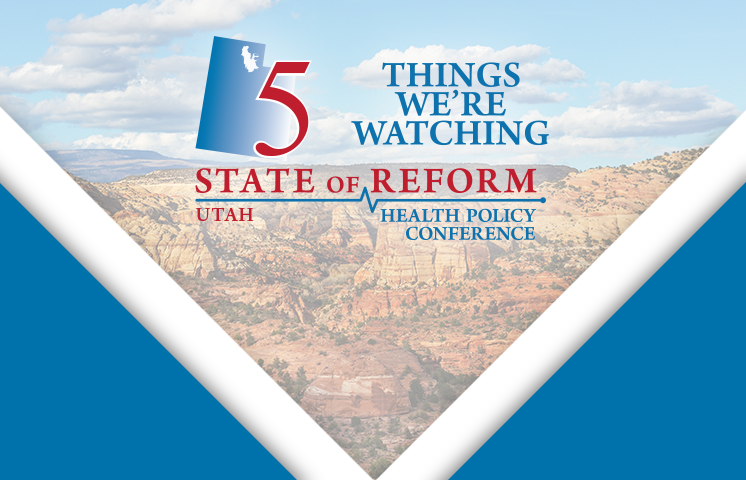 In this month’s newsletter, read about interim health policy plans for Utah lawmakers, Matt Hansen’s thoughts on the current state of homecare and hospice in the state, and additional coverage from the 2022 Utah State of Reform Health Policy Conference last month.

State of Reform Host Vern Smith, PhD, asked each panelist what they’re envisioning for the future of Utah health care from a broad perspective. Bell believes the future will involve reconciling the positive impact of health care technology with the skyrocketing cost of such innovations. For Lolli, Utah’s pivot toward value-based care and other efforts to lower costs will be top-of-mind. Good divided his future areas of focus into 3 categories: “innovation,” “collaborative partnerships,” and “population health.” Watch the full conversation here.

The Health and Human Services Interim Committee held its first meeting on Wednesday and voted to approve the “study items” outlined for the group. These include local health department effectiveness, lowering the cost of care, and improving behavioral health care. The committee will meet regularly during the interim to discuss ways to improve these policy areas in preparation for the next session.

The committee on Wednesday heard testimony on how to lower the cost of insulin in the state, which rose 14% per year between 2012 and 2018. Chet Loftis, Managing Director of PEHP Health and Benefits, encouraged committee members to adopt the model his organization uses for reducing insulin costs. For PEHP beneficiaries, the state pre-pays the PBM-negotiated rebate to the manufacturer, saving the patient money on their out-of-pocket costs. The manufacturer then reimburses the state for the rebate, with the patient ultimately only paying $95 of the drug’s $350 retail price.

At last month’s conference, Rich Saunders, Chief Innovation Officer at the Office of Governor Spencer Cox, discussed the future of the One Utah Health Collaborative and bringing the entire health care community to the table to foster reform.

Saunders discussed the ways in which the collaborative will operate to reflect the health goals of the community. “[We are starting] to put together the structure of how to evaluate efforts that are already underway, and then start establishing metrics of how the collaborative will be accountable to the legislature, other sources of funding, to themselves, and to the general public for the goals that have been set forth by the community,” he said. 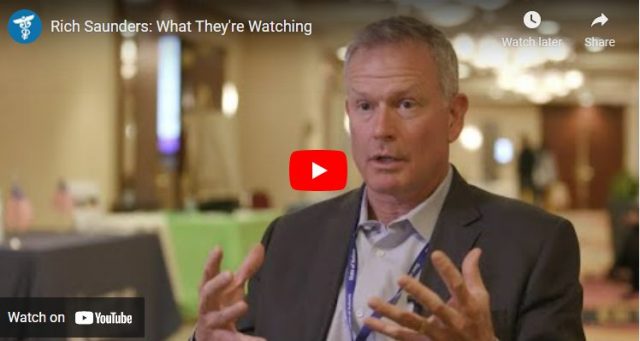 4. Q&A: Matt Hansen on the state of homecare and hospice in Utah

While the pandemic brought severe shortages in staffing and resources for the homecare industry, it has also resulted in some “silver linings,” says Matt Hansen, Executive Director of the Homecare and Hospice Association of Utah. In this Q&A, Hansen highlights how the pandemic led to the formation of cross-industry homecare advocacy groups and a greater awareness of the utility of home-based health care.

“There’s been a shift in sentiment. I think through the pandemic, people have seen that a lot more can be done at home than has been done historically,” says Hansen. “This includes primary care, some hospital at home initiatives, [and] skilled nursing at home, and it’s more cost effective.” He says HHAU is continuing to work to establish a standardized review process for Medicare rates for homecare providers, which haven’t been updated since 2019.

Conversation during an SDOH-focused panel at last month’s conference centered around community health workers and their irreplaceable role in closing health gaps during the pandemic. Dulce Diez, Director of the Office of Health Disparities at UDOH, discussed how contract tracers referred those who tested positive to CHWs so they could inquire about any social needs they had while experiencing COVID. Diez said this process ultimately helped over 7,000 underserved Utahns receive the support they needed.

During a panel on Utah Medicaid policy, Utah’s new Medicaid Director Jennifer Strohecker emphasized that the state is prioritizing preparing for looming Medicaid redeterminations. Utah saw the third highest pandemic-driven growth in Medicaid enrollees in the country, she said, and DOH and DWS are currently conducting outreach to those who might lose Medicaid coverage upon the end of the PHE’s prohibitions on disenrollment from the program.