We’ve got some important updates in this week’s newsletter, including several on-the-move bills and an overview of health funding in Gov. Newsom’s May Revise budget proposal. We also have coverage of the steps California is taking to protect abortion rights in the wake of a likely Roe v. Wade overturn, and new CHCF data showing the state is ill-prepared to implement a statewide health data exchange.

The legislature has seen notable bill movement in the past two weeks as the May 27th chamber crossover deadline for bills approaches. Sen. Kamlager’s bill to prevent PBMs from keeping rebate savings for themselves is nearing a full vote on the Senate floor. It would require any cost savings from negotiated rebates to be passed through to patients at the point of sale. Supporters say it will prevent perverse incentives in PBM practices, while opponents argue it will only benefit a small number of individuals while resulting in increased premiums for everyone else.

Sen. Limon is sponsoring a bill to reform the delivery of specialty medications by preventing “white bagging”—a practice in which a health plan requires specialty medications including chemotherapy to be delivered to a provider via a third party. Limon argues this transportation requirement raises the risk of these medications being improperly handled and consequently unusable for patients who rely on them. We’re also monitoring Sen. Melendez’s bill that would require fentanyl screenings during routine urine tests, which just passed the Senate.

2. May Revise increases investments in affordability and equity

New allocations include $135.5 million TF for Medi-Cal expenses in anticipation of a significant caseload increase over the next year, $933 million TF for one-time payments to providers caring for the most acute patients (an effort to promote retention), and $176.5 million TF to permanently extend several PHE flexibilities. It also directs a one-time allocation of $290 million GF to address the youth mental health crisis, as well as $50 million TF over 2 years to promote participation in a statewide data exchange.

To further its implementation of CalAIM Community Supports, Anthem is developing a data analytics engine to identify health disparities within its patient population, says Les Ybarra, President of Anthem’s California Medicaid Plan. The plan is focused on partnering with local organizations to connect members to Community Supports services.

He added that this work will be supplemented by California’s in-progress implementation of a statewide health information exchange. “We’re excited that the state’s moving in a direction where they’re also going to be sharing data with the plans,” he said. “We’re expecting that to happen next year so that we can really have information from all of the agencies across the spectrum, and that way we can have a more robust approach and a more comprehensive approach to some of this holistic care.” 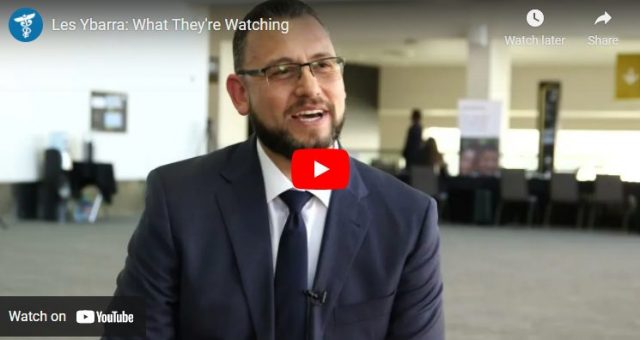 With abortion policy dominating health policy conversations following the leak of the US Supreme Court’s likely intent to overturn Roe v. Wade, State of Reform Reporter Soraya Marashi wrote an overview of how California is fortifying its nation-leading effort to be a stalwart for abortion protections. Many state leaders are promoting a comprehensive legislative abortion package, pushing for increased funding in the state budget to safeguard abortion rights, and advocating for a constitutional amendment guaranteeing the right to abortion, even if the landmark case is overturned.

Sen. Nancy Skinner, Chair of the Legislative Women’s Caucus, told State of Reform the 13-bill package currently in the legislature has been months in the making and aims to position California as a “beacon for reproductive justice and reproductive access.” Nakia Woods, Director of the California Coalition for Reproductive Freedom, said she hopes these bills will ideally make California a catalyst for eventual action on abortion protections at the federal level.

New CHCF reports emphasize that California isn’t adequately prepared to implement the statewide health data exchange mandated by last year’s AB 133. According to CHCF, there isn’t enough incentive for organizations to participate in the exchange—which is required to be operational in June 2024. Existing data sharing arrangements in the state, according to CHCF, exclude key data including the social determinants of health.

CHCF recommends having state agencies require the reporting of electronic data to the state, which would task these agencies with establishing the statewide data exchange. The organization also recommends establishing a permanent advisory council for the statewide exchange to provide stakeholder input, dedicating state funding to data exchange infrastructure, as well as requiring financial support from commercial entities who would use the exchange. CHCF also outlined potential models for the data sharing agreement.