We enjoyed seeing so many of you at last month’s 2022 Northern California State of Reform Health Policy Conference. With this being our first non-virtual conference in Sacramento since 2019, it was wonderful to have an opportunity to host these important conversations on health policy in person.

View our “What You Missed” video for an idea of the sights and sounds from the day.

Keep reading for more highlights from the conference and an update on key health policy happenings in the legislature. Thanks for your support!

It was an honor to have such great keynote speakers throughout the day at last month’s conference. To kick off the day, Asm. Jim Wood, Chair of the Assembly Health Committee, and DHCS Director Michelle Baass joined us for two one-on-one conversations with State of Reform Host Vern Smith, Ph.D.

Our Lunch Keynote featured Les Ybarra, President of California Medicaid at Anthem, Martha Santana-Chin, Medi-Cal President at Health Net, Kristen Cerf, CEO of BlueShield of California Promise Health Plan, and Kelly Bennett, CEO of Sacramento Covered, for a discussion on the lessons learned so far from CalAIM. To wrap up the day, Sandra Hernández, M.D., President and CEO of the California Health Care Foundation, held an engaging conversation on health disparities, behavioral health, and more.

Sen. Richard Pan is sponsoring a bill to require Covered California to eliminate deductibles for all benefits and substantially reduce cost sharing including copays, coinsurance, and maximum out-of-pocket costs. Asm. Joaquin Arambula is sponsoring two bills aimed at easing the financial burden on Medi-Cal enrollees: one would lower the cost sharing requirements for Californians who receive partial Medi-Cal coverage and one would eliminate Medi-Cal premiums and subscriber contributions for pregnant and postpartum individuals, children under age 2, and disabled Californians.

We’re also monitoring the progress of Pan’s SB 939, which would protect 340B-covered entities from discriminatory contracting practices of PBMs. The bill is awaiting a vote from the full Senate after passing through committee last month. Other bills we’re watching include an effort to guarantee informed consent for nursing facility residents regarding medical care and legislation to put in place civil protections for abortions.

Patrick Pine, Chief Administrative Officer of the Robert F. Kennedy Medical Plan, told State of Reform he’s primarily focused on controlling the cost of health care for the plan’s members. The nonprofit plan has provided health coverage to low-income farmers in California since 1947.

Pine says the health plan is facing “fierce resistance” from hospitals concerning their efforts to reign in costs. “Most of them have been pretty resistant to understanding why it’s so important that we try to keep some control on the cost. I’ve been disappointed with most hospitals. Not all, but most don’t seem as sensitive as I would have expected,” he said. 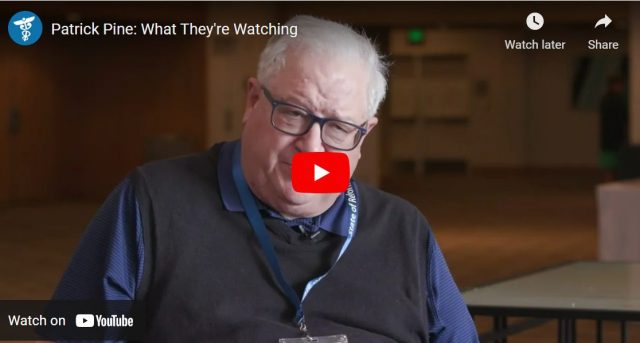 During a panel focused on increasing health care affordability at last month’s conference, Anthony Wright, Executive Director of Health Access California, pointed to increasing consolidation as the main driver of health care costs in California. The panel largely revolved around the proposed Office of Health Care Affordability, a legislative effort in its second year about which sponsor Asm. Wood is meeting behind the scenes with stakeholders to hash out differences.

Elizabeth Landsberg, Director of the California Department of Health Care Access and Information, said during the panel that her office—where the OHCA would be housed—is committed to passing the legislation this year, but acknowledged that the office wouldn’t be able to track the out-of-pocket health costs that patients pay. “We’re very interested in making sure that we are looking at which medical practices are serving higher needs folks. We want to look at acuity, but I think we will be limited in our ability to do that piece,” she said.