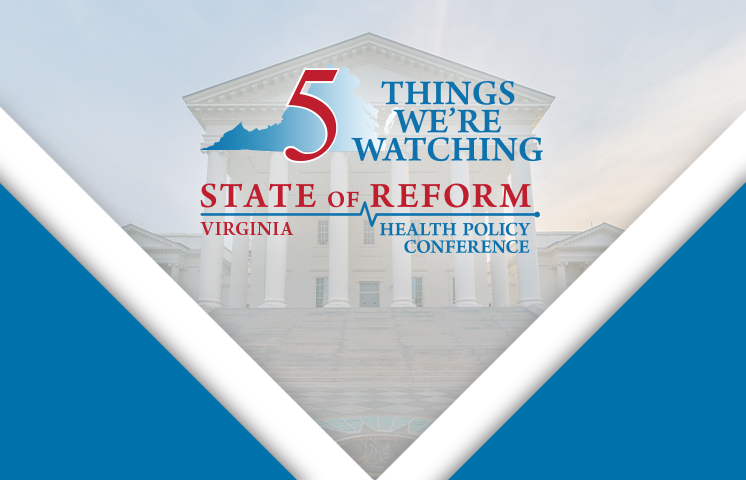 With the Thanksgiving holiday next week, I wanted to take a moment to say thank you on behalf of the entire State of Reform team for your continued support. Whether it’s through attending our conferences, reading our coverage of health care and health policy in Virginia, or sponsoring our events, we appreciate you!

Thanks again and happy Thanksgiving!

Kaiser was particularly concerned about the uncertain “future of the federal premium subsidy landscape” and how that might impact the waiver application. They also suggested the Bureau of Insurance conduct actuarial analyses to assess potential overlap costs for “high-risk” members from both the state reinsurance program and the federal risk adjustment program. The BOI has until January 1 to implement final changes before submitting the draft to CMS.

The first bill pre-filed for Virginia’s 2022 legislative session would secure up to 12 weeks of paid family and medical leave for caregivers across the commonwealth. Senate bill 1, which Sen. Jennifer B. Boysko introduced on Monday, would allow caregivers on leave to receive up to 80% of their average weekly wages, starting two weeks after filing a claim.

The bill would apply to individuals caring for new children and family caregivers treating those with serious illness, among others. The bill summary states: “Funding for the program is provided through premiums assessed to employers and employees beginning in 2024.” A recent poll found that 73% of Virginians support paid family leave for family caregivers, and 82% support providing a tax credit to eligible caregivers to offset expenses.

Improving accessibility and affordability of biosimilars was a key topic of conversation at our recent “5 Slides: Bending the Rx cost curve” virtual conversation. Sarah Ikenberry at the FDA says biosimilars are underutilized due to a lack of education and awareness from providers. A March 2021 national survey found that about half of providers had no experience prescribing these types of medicines.

Panelists also discussed challenges to affordability including limited transparency and the impact of PBM rebates. “We dehumanize treatment by bringing too many middlemen, by putting extra cost on the people who are least privileged,” said Dr. Kashyap Patel at the Community Oncology Alliance. Video of their full conversation is available here.

Inova Alexandria Hospital ranked first in the commonwealth and 15th overall for cost-efficiency, though scored near the bottom of the state (67th out of 76 hospitals) on measures of pay equity. Four other Virginia facilities made the top 50: Inova Loudoun Hospital (29), Sentara Princess Anne Hospital (31), Southside Community Hospital (36), and Inova Mount Vernon Hospital (38).

With the release of President Biden’s scaled back “Build Back Better” plan, State of Reform columnist Jim Capretta broke down some of the health policy items that made their way into the president’s updated domestic agenda. The revised BBB plan includes Medicare coverage for hearing services and a permanent 6 percentage point increase in the federal matching rate for states offering HCBS services that meet new national standards.

Capretta’s latest column also dives into the details of the House’s version of the plan and its provisions that attempt to close the coverage gap. He writes: “The individuals who now are ineligible both for Medicaid and ACA subsidies would be enrolled into private plans offered on the exchanges, with the federal government paying the full cost of their premiums and most of their cost-sharing too.”