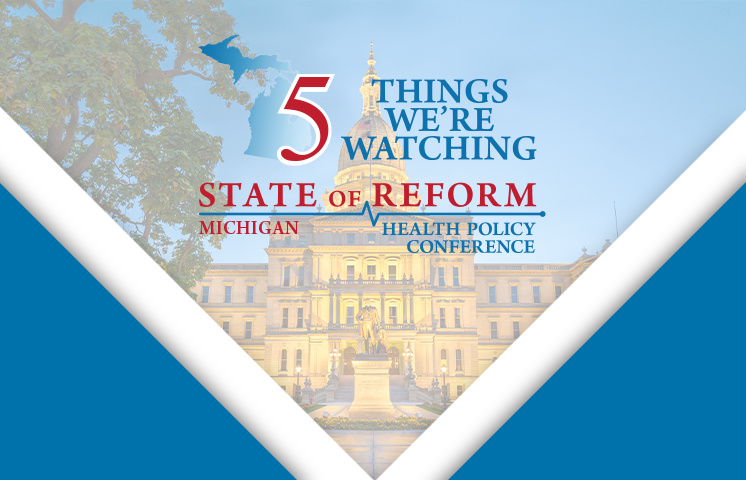 We have a really smart group of thoughtful minds here at State of Reform. I’m honored to get a chance to work with and mentor some of these folks. Emily Boerger, our managing editor, is one of those. She has put together so much of today’s newsletter. She leads a team totaling seven reporters tracking health care, reform and policy, across states like Michigan.

In the future, I’ll be taking more of a back seat on these newsletters. After a decade of writing and editing them, it’s time to give the keys over to other smart voices. I’ll still write a column from time to time. But, you can trust that your inbox is in good hands with folks like Emily, Eli, Patrick, Nicole, Aaron, Ethan, and Soraya.

Thanks, as always, for reading our stuff!

Despite this categorization, Angelotti says the FY2022 budget does include some new health-related funding such as $415 million in gross funds to raise wages for direct care workers, $19.1 million to add 1,000 slots to the MiChoice program, $26.5 million for a community behavioral health demonstration project, and $8.4 million to combat health disparities by expanding community-based navigator services and data collection.

Robert Sheehan is the executive director of the Community Mental Health Association of Michigan. In this Q&A, Sheehan discusses the behavioral health and physical health integration bills currently in the legislature and how they would logistically impact community mental health centers.

CMHA doesn’t support either plan, though they favor the House version over the Senate plan. Sheehan instead offers his view on how Michigan can better integrate physical and behavioral health through efforts like incentivizing the 600 integration care projects that CMHA members lead, restoring funding, and linking the new 988 hotline to treatment facilities and crisis stabilization units.

At a recent House Health Policy Committee meeting, lawmakers discussed several pieces of health-related legislation that would increase health care workforce capacity and would expand opioid use disorder treatment. On the workforce side, the committee heard testimony on HB 4316, which would create a certified medication aide training program in the state, and HB 5089, which would put in place training and learning flexibilities for nurse aides during the pandemic.

Lawmakers also discussed HB 5163 which would increase resources to allow emergency departments to provide medication assisted treatment in an ED setting, and would establish protocols to improve connections between hospitals and community-based treatment centers. State of Reform Reporter Patrick Jones’s full coverage of the committee meeting is available here.

Michigan’s Certified Community Behavioral Health Clinics Demonstration Project, which aims to increase access to behavioral health services across the state, launched on October 1. During a recent panel conversation, the MDHHS Behavioral Health and Developmental Disabilities Administration offered details on the project launch, which is set to last two years across at least 14 different sites in the state.

The project was championed by US Sen. Debbie Stabenow and looks to increase access to mobile crisis response and medically assisted addiction treatment, regardless of coverage or ability to pay. BHDDA Director Allen Jansen says an estimated 367,000 Michiganders may be eligible to participate based on mental health and SUD diagnoses.

“Nothing about the Biden spending plan is certain, including its health provisions.” That’s according to State of Reform columnist Jim Capretta, who in his latest piece dives into the weeds of the health provisions up for discussion in the $3.5 trillion Build Back Better Act in Congress.

Capretta outlines the state of play for some of the most expensive items being hashed out by lawmakers including the national ACA reinsurance program, Biden’s proposed $400 billion ten-year expansion of Medicaid HCBS, and dental, vision, and hearing coverage for Medicare. Capretta says the fate of the bill is highly uncertain and could be decided in a few weeks. Or, he reasons, conversations may continue through the end of the year and potentially into 2022.