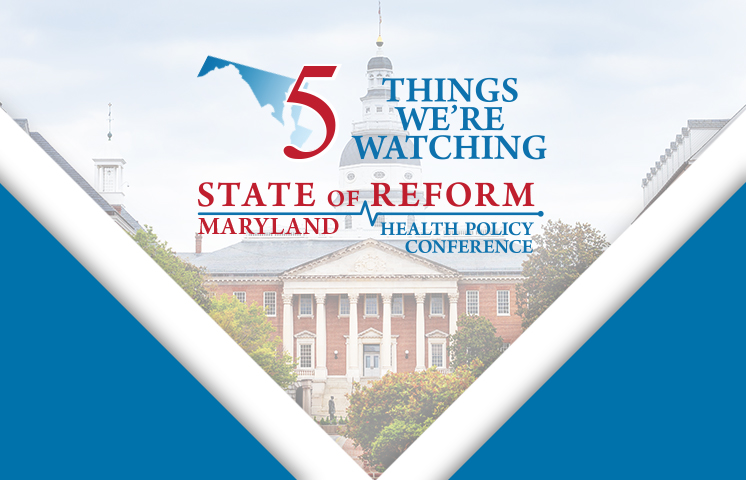 It seems like the legislative session is a long ways away… Months, even! But if the most important object of the legislative session is the budget, that is a process that starts getting underway now as agencies begin pulling together their budget requests for Gov. Hogan’s consideration in FY 2023. Stay tuned for our reporting on some of those conversations as they develop.

Thanks, as always, for reading our stuff. We’re honored to be landing this spot in your inbox each month.

A key challenge in recent months, says Hughes, is the expiration of state waivers which allowed telehealth flexibilities during the pandemic. “That has led to a complicated process of trying to figure out where providers are licensed, which patients they might be able to see, and rescheduling or unfortunately cancelling some visits.” She says the complicated process can limit telemedicine access for those with rare conditions or those located in areas where there aren’t enough local specialty providers.

The news comes amidst what some health officials are describing as the worst nursing shortage in decades. According to the Maryland Nurses Association, 17% of nurses considered leaving the profession prior to COVID-19. That number is now 33%.

Nearly 40% of CareFirst members are without a primary care provider. That’s why earlier this month, CareFirst launched a new virtual-first primary care practice called CloseKnit, which will offer physical health, mental health, and care coordination services. State of Reform caught up with CloseKnit CEO Mary Jane Favazza for a conversation about her hopes for the new platform and how it might impact access and workforce issues.

“There are many folks who would benefit from primary care that aren’t currently accessing it,” says Favazza. “And so we want people to have their primary care clinic in their pocket. And we want that care team to be able to serve a variety of needs.”

The Johns Hopkins Bayview Medical Center and the University of Maryland Medical Center Midtown Campus are among the top 5 most “socially responsible” hospitals in the country, according to a recent study published by the Lown Institute. The study used 54 metrics in its ranking, evaluating categories like pay equity, inclusivity, and cost efficiency.

The two Maryland hospitals were among the less than 2.5% of reviewed hospitals that received “A” grades for equity, value, and outcomes. The Johns Hopkins Hospital was the best-performing hospital that also appeared in the US News and World Report list. About half of the U.S. News & World Report’s top hospitals failed to place in the top third of the Lown Institute’s rankings.

Under the Healthy Start Initiative, Baltimore Healthy Start was awarded $124,994 for community-based doulas, and $79,200 for infant health equity to reduce disparities in infant mortality. Data from 2019 shows Maryland with a maternal mortality rate of 25 deaths per 100,000 births, ranking it 22nd in the nation. According to the 2019 Maryland Maternal Morality Review, the mortality rate for Black individuals is 4 times higher than the rate for white individuals.