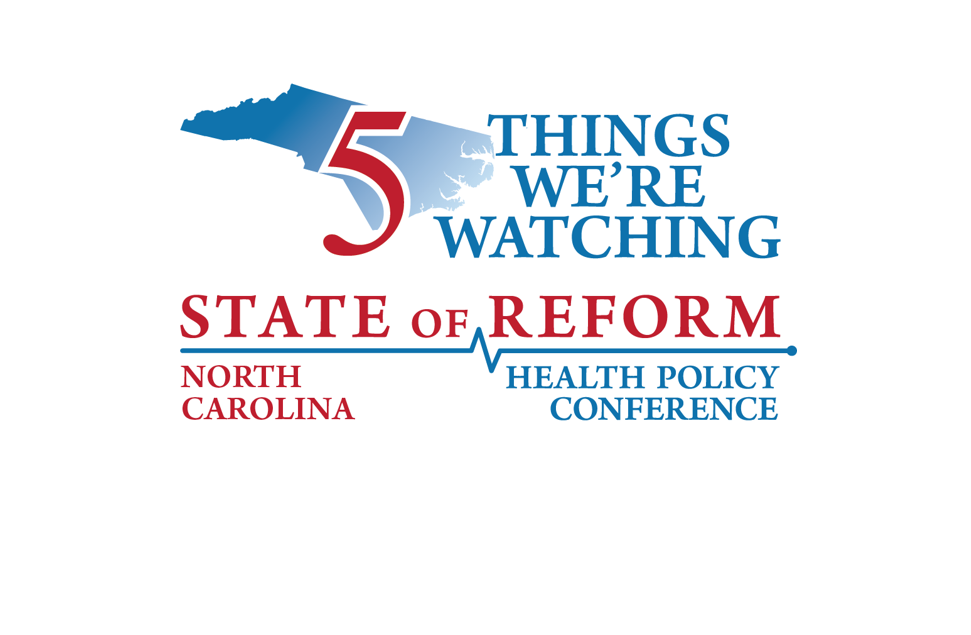 We offer this newsletter each month as a market and policy intelligence tool where we highlight five things that we think are worth tracking for senior executives in health care and health policy. So, we bring a mix topics to you each month: policy insights, market info, personality profiles, state and federal policy.

We are honored to be in your inbox, and would appreciate you sharing this with colleagues that may find it valuable. They can sign up for our NC newsletter or one of our other state newsletters we produce here at State of Reform. Thanks for reading our stuff.

North Carolina’s overall maternal mortality rate is about 27.6 per 100,000 births. For Black women the rate is more than double at 56.8 deaths per 100,000. Last month the University of North Carolina at Chapel Hill announced funding for a new initiative to improve outcomes for Black women by increasing access to Black doulas.

2. Crossover deadline less than a month away

State Representatives filed a flurry of health-related bills ahead of Tuesday’s bill filing deadline in the House. Among the list of newly filed pieces of legislation is this bill which aims to address pregnancy-related discrimination in the workplace, and another bill that would expand authorities granted to immunizing pharmacists.

Ahead of the Senate bill filing deadline on April 6, lawmakers introduced legislation related to medical billing transparency and digital equity. Lawmakers have until May 13 for bills to pass in their house of origin and crossover to the other chamber.

3. Majority of uninsured individuals eligible for Medicaid or ACA subsidies

According to a recent Kaiser Family Foundation analysis, over 50% of the uninsured individuals in North Carolina are eligible for either Medicaid/other public assistance (9%) or for ACA subsidies (45%). The analysis takes into account the expanded subsidy structure put in place through the American Rescue Plan Act, which KFF estimates has increased the number of people eligible for subsidized Marketplace coverage by 20%.

The analysis also finds that 18% of uninsured North Carolinians are in the Medicaid coverage gap. Thirteen percent of the uninsured are ineligible for financial assistance due to citizenship.

Steve Lawler has served as President of the North Carolina Hospital Association since 2017. In this interview with State of Reform, Lawler offers his take on Medicaid expansion efforts in the state and highlights the impact expansion could have on North Carolinians.

Lawler says around half a million people would gain coverage if the state expanded Medicaid. “We believe that when we eventually expand Medicaid, North Carolina will move from a bottom-half performing state to a top-half performing state in terms of health care.” Earlier this month, Democrats held a joint press conference announcing the introduction of legislation to expand Medicaid. The bill was referred to the Rules and Operations of the Senate Committee but has not yet had a committee hearing.

During the 2021 State of Reform Federal Health Policy Conference, we saw a glimpse into the subtle tension that exists within the House Democratic and Republican caucuses in the US Congress. During our Congressional Democrats panel, Oregon’s Rep. Earl Blumenauer said now is the time for Democrats to think bigger and make substantial changes to health care without getting “paralyzed” by complexity. Washington State’s Rep. Kim Schrier offered a more moderate take and stressed her constituents’ weariness to large scale changes to their health care.

During our Congressional Republicans panel, I had the opportunity to speak with three members of the House Energy and Commerce Subcommittee on Health from Georgia, Michigan and Texas. They each brought a unique perspective to our discussion on bipartisanship, COVID-19, infrastructure, and health reform. The full video of our conversation is available here.