5 Things Arizona: Tension in the Legislature, Update from AHCCCS, COVID-19’s impact on kids

This Thursday, we will release our list of about 60 speakers we’ve curated for you at our 2021 Arizona State of Reform Health Policy Conference on May 25th. The virtual event convenes about 250 folks from across Arizona’s health care and health policy communities in one place, engaging across a range of content and conversations.

All of the sessions will be recorded, so you will be able to come back and watch all of the sessions you miss for up to 30 days after the event. It’s a great way to connect with the broader conversations taking place in Arizona health care, and we would be honored to have you with us!

While Arizona’s legislative session was scheduled to wrap up last week, budget disagreements and cross-chamber negotiations are extending it for the foreseeable future. The governor vetoed a controversial bill last week that would have required parents to “opt in” to having their children learn about LGBTQ sex education and history. Ducey called the bill “overly broad” but at the same time issued an executive order mandating that all sex ed materials be posted publicly for parental review.

Another contested bill was unexpectedly halted by Rep. Kelly Townsend, who broke with her party to vote against a bill that would have removed some Arizonans from the state’s early voting list. Townsend said she wants to wait to vote on the bill until Maricopa County completes its audit of votes from the 2020 election. During House discussions of the bill, the majority party silenced arguments from Democrats, who denounced the bill as an attack on voting rights.

2.  Capitol insider looks back on session

With the legislative session winding down, State of Reform Reporter Eli Kirshbaum recently caught up with Stuart Goodman, Principal at Goodman Schwartz Public Affairs, to get a sense of the health policy themes that emerged this session. Goodman says narrow majorities and disagreements over how to spend the state’s considerable budget surplus are largely to blame for the Legislature’s stalled budget negotiations.

Goodman is one of four government relations professionals who will join us on our “Capitol insiders discuss the legislative session” panel at the 2021 Arizona State of Reform Health Policy Conference next month. Also adding their perspectives will be Jessie Armendt, Partner at Compass Strategies, Greg Ensell, VP of Government Relations at AzHHA, and Marie Isaacson, Principal at Isaacson Law Firm.

3. The pandemic’s impact on kids

Ahead of the release of our Detailed Agenda, I wanted to highlight a panel that is of particular importance right now. I recently heard someone say that living though the COVID-19 pandemic will be considered an Adverse Childhood Experience (ACE) for our kids. At the conference on May 25th, we’ll hear from three experts on the short-term and long-term impacts of the pandemic on children.

Senior leaders from one of Arizona’s most important state health care agencies will get into the weeds with attendees at the 2021 Arizona State of Reform Health Policy Conference on the initiatives under way and the state of health reform in Arizona. This interactive panel will provide an opportunity for direct engagement with some of AHCCCS’s most senior leaders.

Shelli Silver, Deputy Director of Health Plan Operations at AHCCCS, will anchor this panel. She’ll be joined by other senior members of the agency to round out what is always an informative and impactful panel conversation.

Abortion policy was a prominent theme this session, with Sen. Nancy Barto and colleagues launching numerous efforts to restrict abortion practices in the state. Most recently, Republicans revived Barto’s defeated SB 1457, sending the heavily amended bill to Ducey’s desk last week. The bill would prohibit abortions that are performed solely due to a fetus’s developmental disability. The governor has not yet signed the bill into law.

Ducey did, however, recently sign a bill that Democrats criticized as an attempt to dissuade Arizonan women from pursuing abortions. A “heartbeat bill” – in the form of Sen. Sine Kerr’s strike everything amendment to an unrelated bill – currently sits in the Senate awaiting a vote. Both chambers also passed a concurrent resolution stating the Legislature’s support for the federal Born-Alive Abortion Survivors Protection Act. 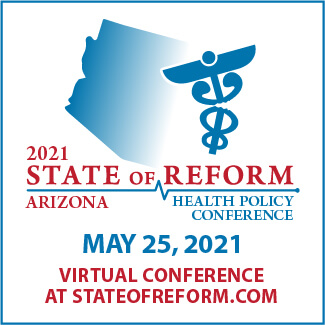