We kickoff our 2019 Washington State of Reform Health Policy Conference this afternoon with our Pre-Conference Sessions.  Two of the three sessions are sold out with 96 total attendees.  It looks like we’ll have over 150 at our Networking Reception later today at 4:30.  Tomorrow, for the main event, we have 796 folks (!) registered as of this morning.

Simply put, this is an incredible and humbling turnout.  When we hosted our first conference in 2011, I wasn’t entirely sure what we were doing!  And, I certainly wasn’t convinced we’d host a second one.  But, here we are:  our ninth convening takes place tomorrow.

So thank you again…  Now on to 5 Things We’re Watching in Washington State health care in January, 2019.

With help from Emily Boerger and
Sara Gentzler

At a press conference on Tuesday, Washington Governor Jay Inslee announced a proposal to provide a public option for health insurance in every Washington county. According to the Governor’s office, Sen. David Frockt and Rep. Eileen Cody plan on introducing the bill that would set up a public option during the 2019 session, which starts next week.

Under the proposal, the Health Care Authority would contract with “one or more” carriers, which would offer “standard plans” on the Exchange known as “Cascade Care.” Providers contracted in these networks could be paid no more than Medicare rates, down from the current commercial rates – something WSMA is not excited about.  By 2025, all plans on the Exchange would need to have the exact same benefits, forcing the market to move to Medicare reimbursement for plans that want any market share. In his press release, Sen. Frockt said “Cascade Care will be available to all Washingtonians as it will have no income qualifier, but will not have any direct effect on the majority of Washingtonians who get their health care through their employers, Medicare or Apple Health (Medicaid).”

As the new year begins, we wanted to take a moment and reflect with you on what your support of State of Reform has allowed us to accomplish – as well as highlight where we are going in 2019.  So, we’ve created our 2018 Annual Report, offering a few details about our progress in the last year.

This year, we published 945 original stories, of which 243 stories covered health care in Washington State. We hosted a total of 34 events – including our eighth-annual Washington State of Reform Health Policy Conference.  (Tomorrow’s conference is the ninth.) We also hired our first full-time Olympia reporter, Sara Gentzler, who joins Emily Boerger, Marjie High and me in our regular coverage of Washington State health policy.

So, thanks for being such great wind in the sails of our work together in 2018 as we grow and expand State of Reform into 2019!

In this piece looking ahead to next week’s start of the legislative session, Sara Gentzler highlights seven health care-related bills to watch in the mass of pre-filed legislation available online. The public option legislation mentioned above has yet to be finalized.

Over on our sister site, Washington State Wire, Rep. Monica Stonier mentioned access to health care as a top priority in a Q&A. Rep. Stonier, who will serve as Majority Floor Leader next session, said she’s planning to file a bill that would increase the Medicaid rate to parity Medicare rates and a health care transparency bill that “brings some regulations to our benefit managers.” 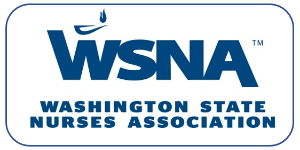 Mohit Ghose is the Vice President of Government Relations at Beacon Health Options. He joins us in this edition of “What They’re Watching” to discuss sustaining community-based care and support.

“Another major issue that we’re watching in Washington is that the legislature and the state as a whole are going to have to contend with the hospital system being radically changed for those with behavioral health issues… And we believe that the next phase of discussion in the state of Washington is how do we ensure that people get the care they need in a community-based setting, with the resources wrapping around the patient regardless of where the funding is coming from?”

5. Six policy and political predictions for health care in 2019

You can take a look at them in this article, but here is the summary for 2019: first woman as House Speaker, Inslee announces for president, Ferguson and Constantine get in (watch Heck and Brown), as well as a few others.  As I say in the article, they are worth what you paid for them.