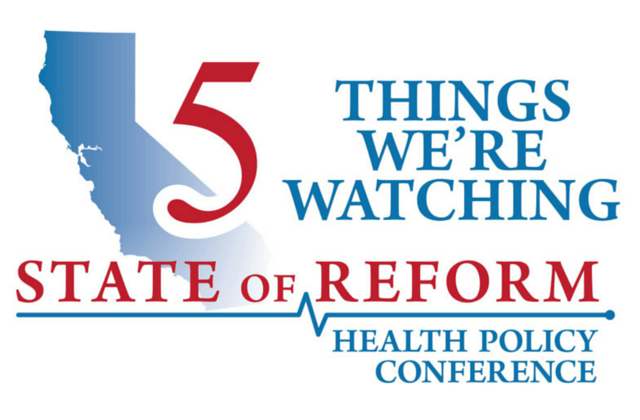 With the new year upon us, we are tracking shifts in both the California marketplace and policy sectors. Like you, we’re keeping our eye on a lot of moving parts.

So, here are 5 Things We’re Watching that we think will have lasting implications for California health care in 2016. These might not be the most important to every health care executive, but I think they could all have tremendous impacts on the sector in 2016.

John Baackes, CEO of LA Care Health Plan, sat down with us to talk about the challenges that he sees ahead for Medi-Cal funding and sustainability. Baackes believes it is time for everyone to get on the same page about how to balance the care of 13 million on a tightened budget.

“We need to have a serious discussion with all stakeholders about what is the funding formula to sustain this program in the long run because it is subject to too many annual budget fights,” said Baackes. Watch his complete remarks on the issue.

In the Los Angeles region, variation in hospital pricing is as high as 428 percent. Thanks to United, Humana, and Aetna, a new study of data has been released which shows the actual commercial prices demanded by and paid to providers by these three national carriers. Not surprisingly, the differences in private insurance spending is miles away from spending estimated through Medicare claims data.

It’s perhaps ironic that, for as local as health care is, it’s the national plans with the chutzpah to lead on transparency here. Perhaps it takes a national perspective to hold local communities accountable on pricing and create the transparency needed to drive inefficiencies from the system.

3. KP to medical education: keep up

Kaiser Permanente dropped some pretty big news in Dec. of plans to open its own medical school by 2019. While the 141 medical schools across the nation are university-affiliated, the Kaiser Medical School would be the first of its kind, designed and run independently by a health system.

The idea sends a pretty powerful message to the medical education community:  you aren’t keeping up.  The culture and training needed for providers to find success in the new world of health care are in a state of rapid evolution.

Signatures are being collected for three hospital-related initiatives for the fall ballot.  The “Charitable Hospital Compensation Act of 2016” would cap executive compensation. The “Fair Healthcare Pricing Act” would cap pricing for services at 25% more than the actual cost. The “Charity Care Act of 2016” would require 5% of hospital net revenue to be spent on charity care.

A similar situation dissipated last year as SEIU-UHW stepped back from a comparable initiative strategy.  But, if these get to the ballot, early polling in a similar initiative at the local north of San Diego shows 69% of voters there would vote to support a cap on executive compensation of $250k.

When Assemblyman Anthony Rendon ran for the Speaker position last fall, Assembly Health Committee Chair Rob Bonta was a candidate as well.  Next week, Rendon will be voted in formally as Speaker having proven victorious in that race.  When his term begins later in March, Capitol insiders are watching to see whether Rendon will bring in his own Health Committee chair, pushing Bonta out, or stick with the current chairman.

While a change would not be out of the ordinary, that current Speaker Toni Atkins is waiting to step down until March makes the timeline a little awkward.  Session will already be well underway.  Folks also tell me that Rendon is not likely to hold Bonta’s candidacy against him in the Chair appointment.  So, it’s an open question, but with Rendon able to hold the Speakership for almost a decade, this decision could have long lasting health policy implications.