Video & highlights from “5 Slides: Creating a culture of anti-racism in health care”

On Monday, State of Reform hosted our “5 Slides: Creating a culture of anti-racism in health care” virtual conversation with Melissa Gonzales, PhD, in the Chief Diversity Office at Genentech, and Ben Danielson, MD, Medical Director at Odessa Brown Children’s Clinic.

During the convening, the two leaders discussed the historical and current racism in the health care system and how it contributes to racial health disparities. They also described their experiences and the role the health sector can play to address these disparities in health care.

Gonzalez began the conversation with a slide highlighting disparities in clinical research. 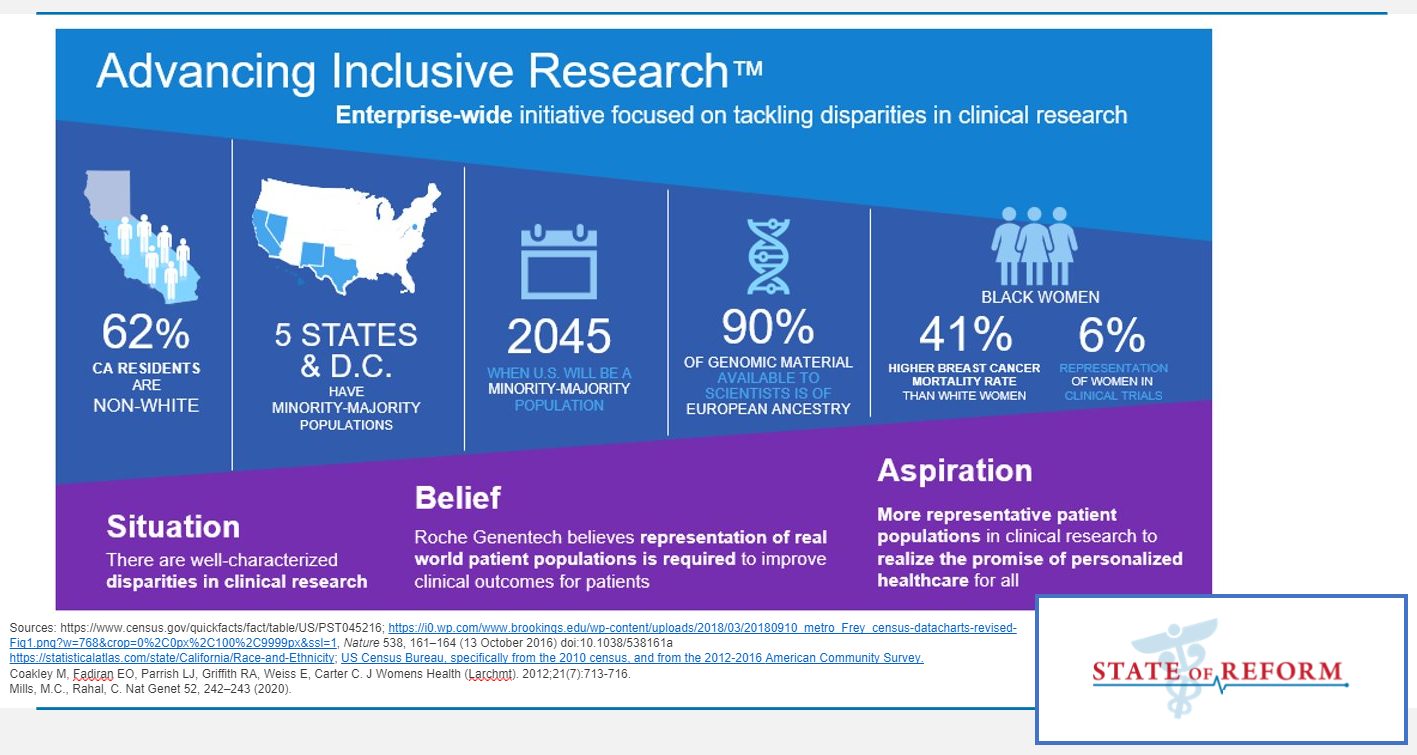 She notes that while 62% of California residents are non-white, and that 5 states and Washington DC have minority-majority populations, 90% of the genomic material available to scientists is from those with European ancestry.

This, she says, can have impacts on clinical outcomes for patients. Based on limited data, Gonzales says there can be differences in safety, efficacy, responses, and appropriate doses for certain medicines in specific patient populations.

“This is the source material that scientists use to develop new innovative treatments. If it’s from European ancestry, we are not then adequately reflecting the genomic material of the rest of the world,” says Gonzales. “We can only advance science and advance clinical outcomes for patients if they’re represented in clinical trials.”

Genentech is looking to improve representation and bring more communities of color into clinical research.

Danielson noted that these differences are not due to significant genetic differences between racial groups, but rather, he highlights the experiences – such as stress or trauma – that are imprinted on one’s genome through generations. 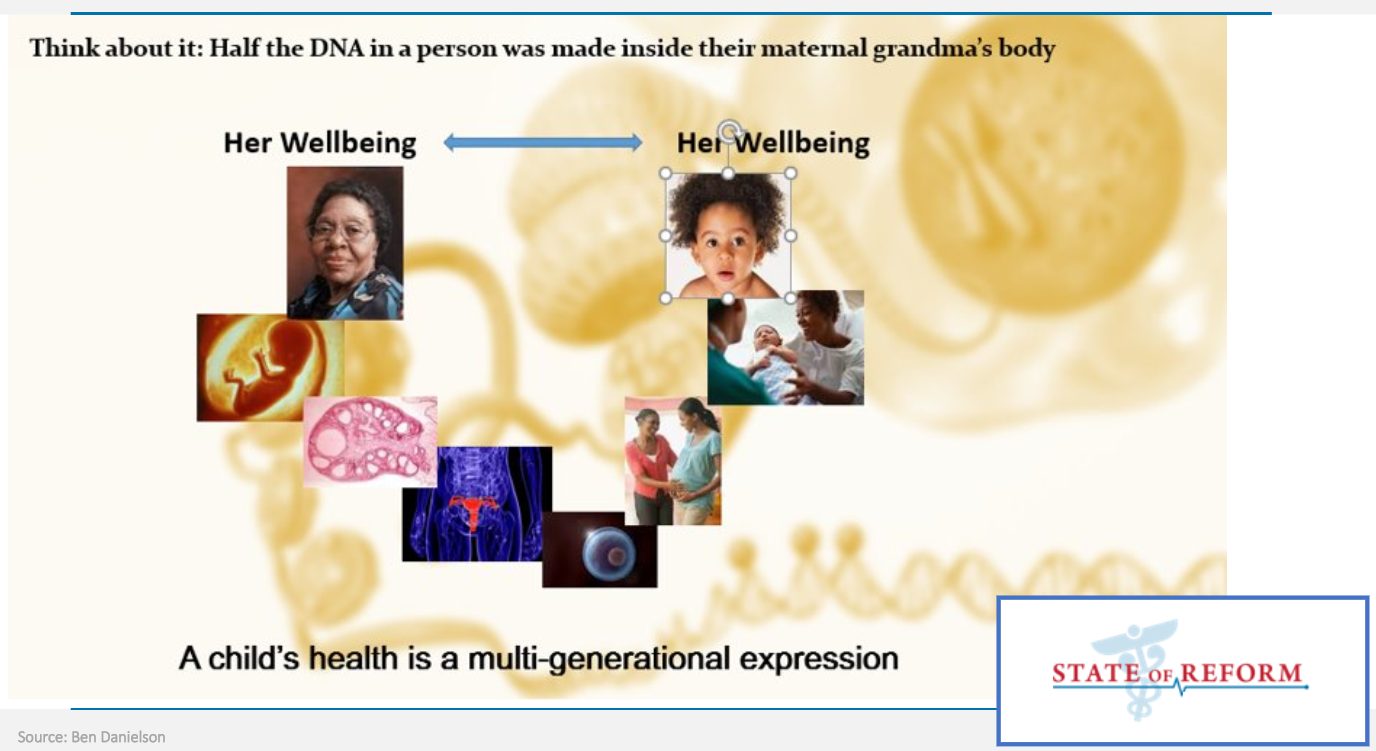 When evaluating a child’s health and well-being, you can look upstream to their experiences in the first few years of their life. Further upstream, moving backward, you can look to the health of their mother and their grandmother as having an impact on the child.

“I think it creates a sort of special perspective on our generational approach to problems that we’re seeing in front of us today. If we don’t understand how we’re connected generationally even through our genes, then I think it’s going to be harder for us to solve some of the most important contemporary problems that we’re seeing in the lives of the folks that are around us today,” commented Danielson.

The full video of the conversation is available above.